Printing only the form, without the rest of page's content, and with the values entered or selected by the users, but preserving the form's design, can be a complex task that requires some programming skills.

In this post I'll describe some alternatives for printing the form only, with the values entered by the users and preserving the form's design.

The basic way requires to includes some CSS styles in the forma and a button for printing. Please, follows the steps below:

Second alternative (the recommended one)

For this method I'll call the CP Blocks plugin to the rescue. The CP Blocks plugin includes complementary snippets of code that can be used in combination with the "Calculated Fields Form" plugin. CP Blocks includes some commercial blocks and others free, fortunately the "Print Form" block is one of free.

After installing the CP Blocks plugin on your WordPress, will be available a new control in the forms builder, called: "Insert Blocks":

Pressing it would be loaded a popup window with the list of blocks: 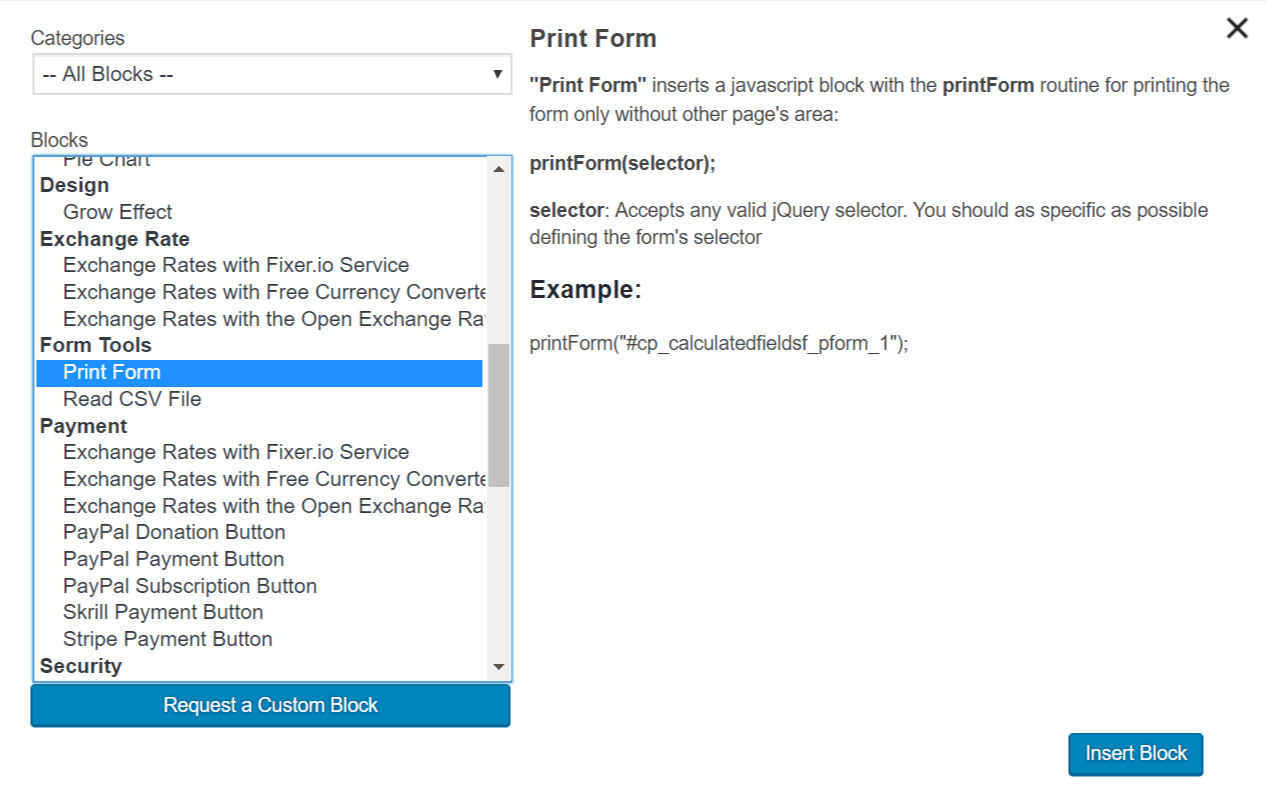 Scroll down the blocks list, select the "Print Form" block, and press the "Insert Block" button.

Once the block has been added to the form, insert a button control in the form and enter, as its onclick event, the following piece of code: 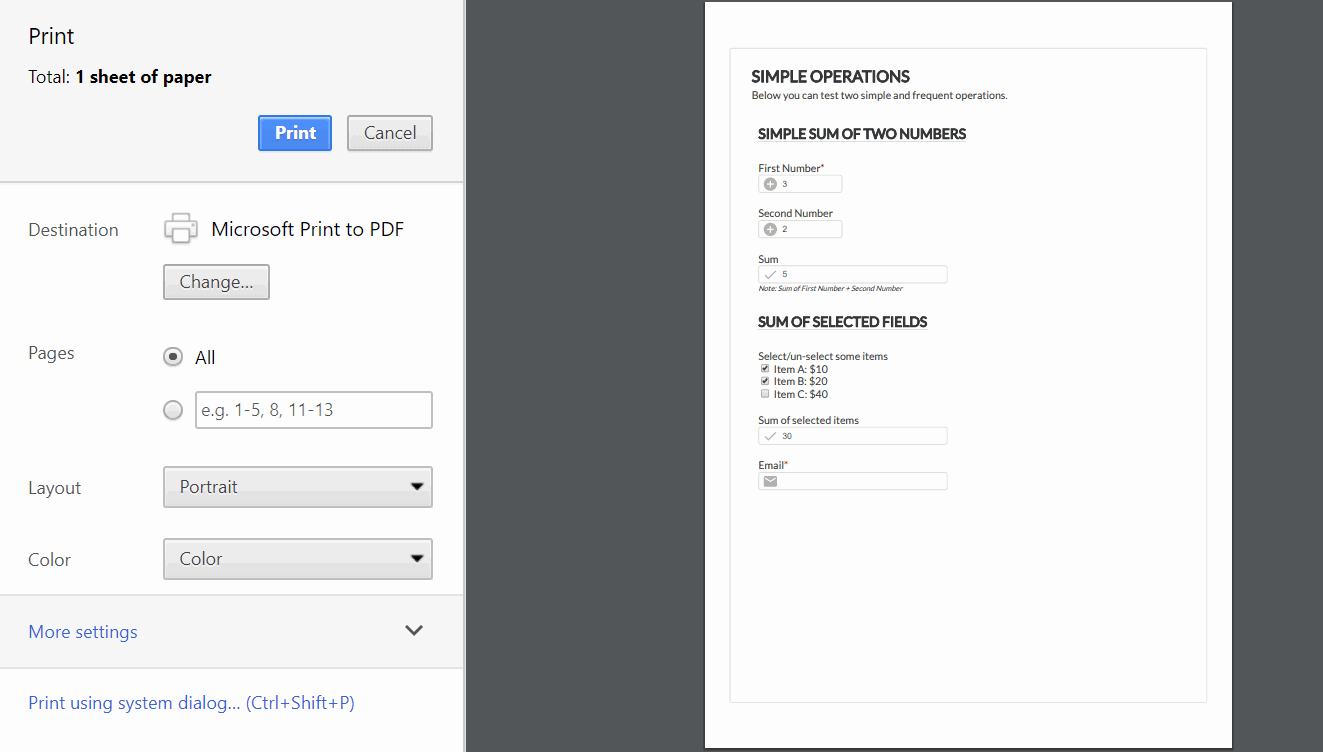